The Oscar Goes To… 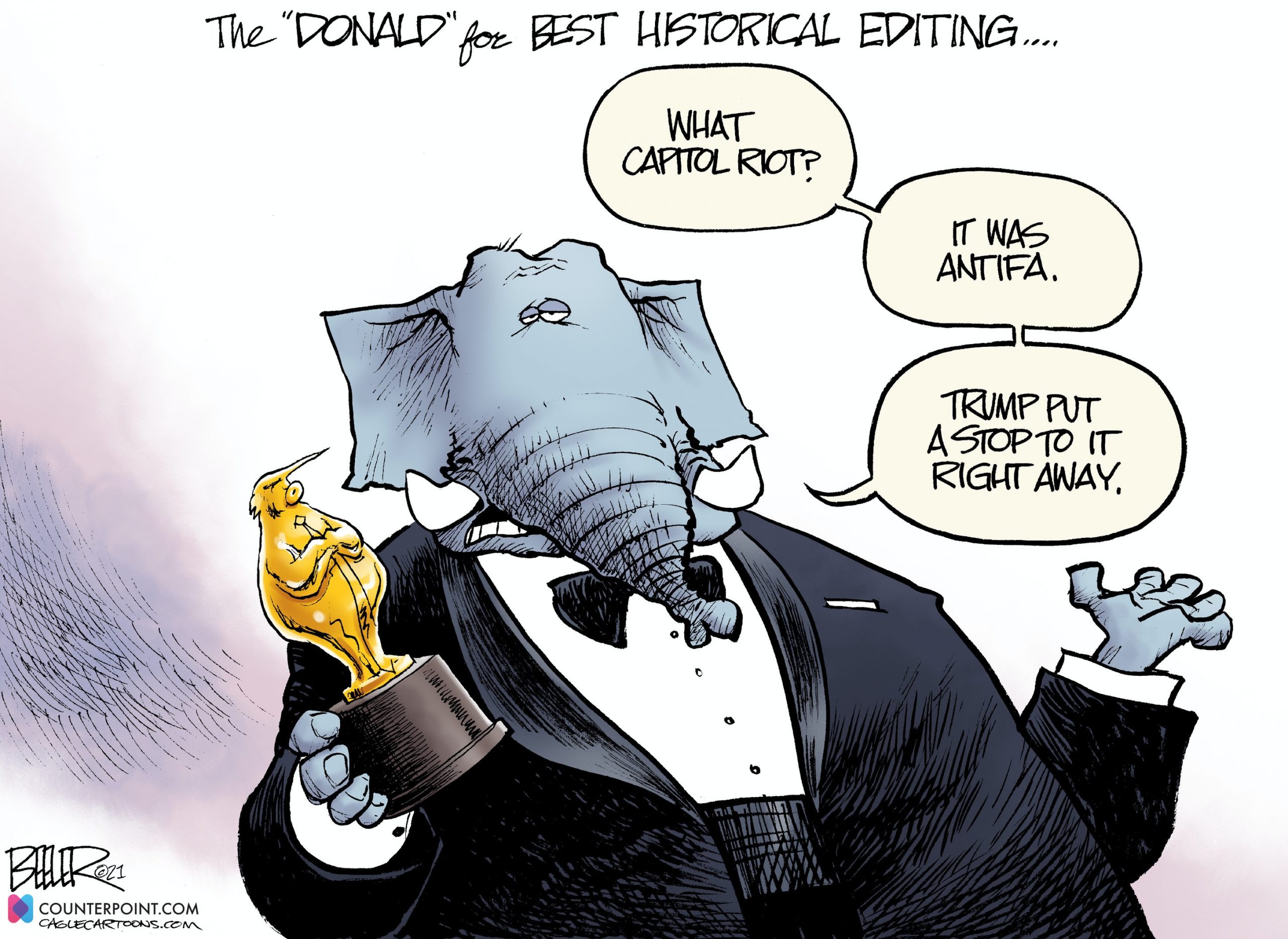 “It’s been nearly four months since former President Trump whipped his supporters to a frenzy and urged them to “fight like hell” and march to the U.S. Capitol, where Congress was certifying Trump’s electoral defeat. Honestly, I’m not surprised Republicans have tried to erase from our collective memory Trump’s role in the ensuing riot; it was the most disgusting, anti-American thing a president has done in office in modern history, which is saying something. I understand that GOP leaders like Kevin McCarthy are having to walk the “tightest tightrope anyone has to walk,” but come on. Right is right and wrong is wrong. The GOP used to preach morality and personal responsibility, but the current Republicans apparently never took it as gospel.” -NB