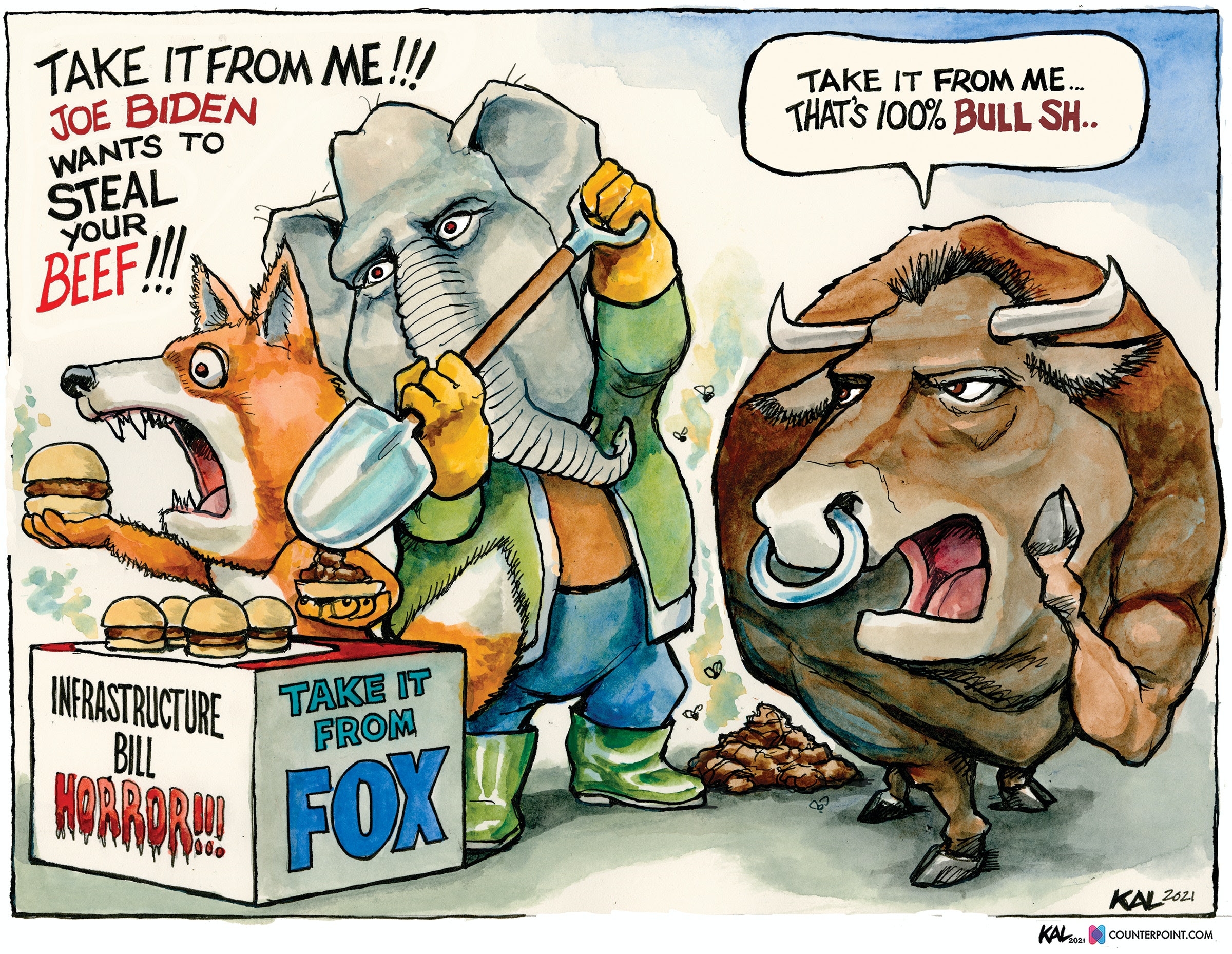 “It appears the party of the big lie is telling a whopper about beef. Fox News’s lurch from news host to propaganda organ took another dive this week when the network completely contrived a news story. As part of its attack on President Biden’s infrastructure bill, Fox promoted the alarming notion that to reach certain lower emission targets the legislation intends to cut beef consumption by up to 90%. This assertion is not one bit true. This lie is now getting traction in the right wing-o-sphere and is being spread on social media by Republican politicians.” -KAL