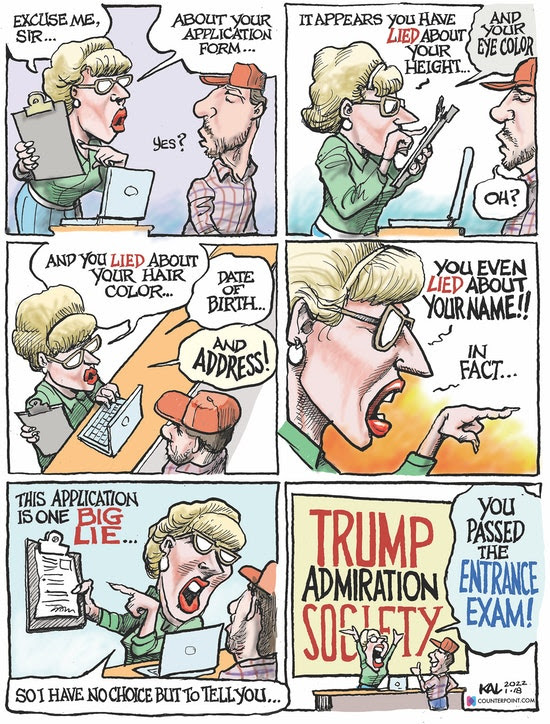 Jan 18“Former President Donald Trump continued his Buffoonapalooza tour last weekend in Arizona. The centerpiece of the show was the Blusterer-in-chief’s continued false allegation that the 2020 election was stolen from him. He continually spreads this reprehensible lie in hope that over time it will gain traction. In order to fight that dangerous trend, I believe it is important for those who reject his claims to fight his nonstop blather with nonstop determination.” -KAL