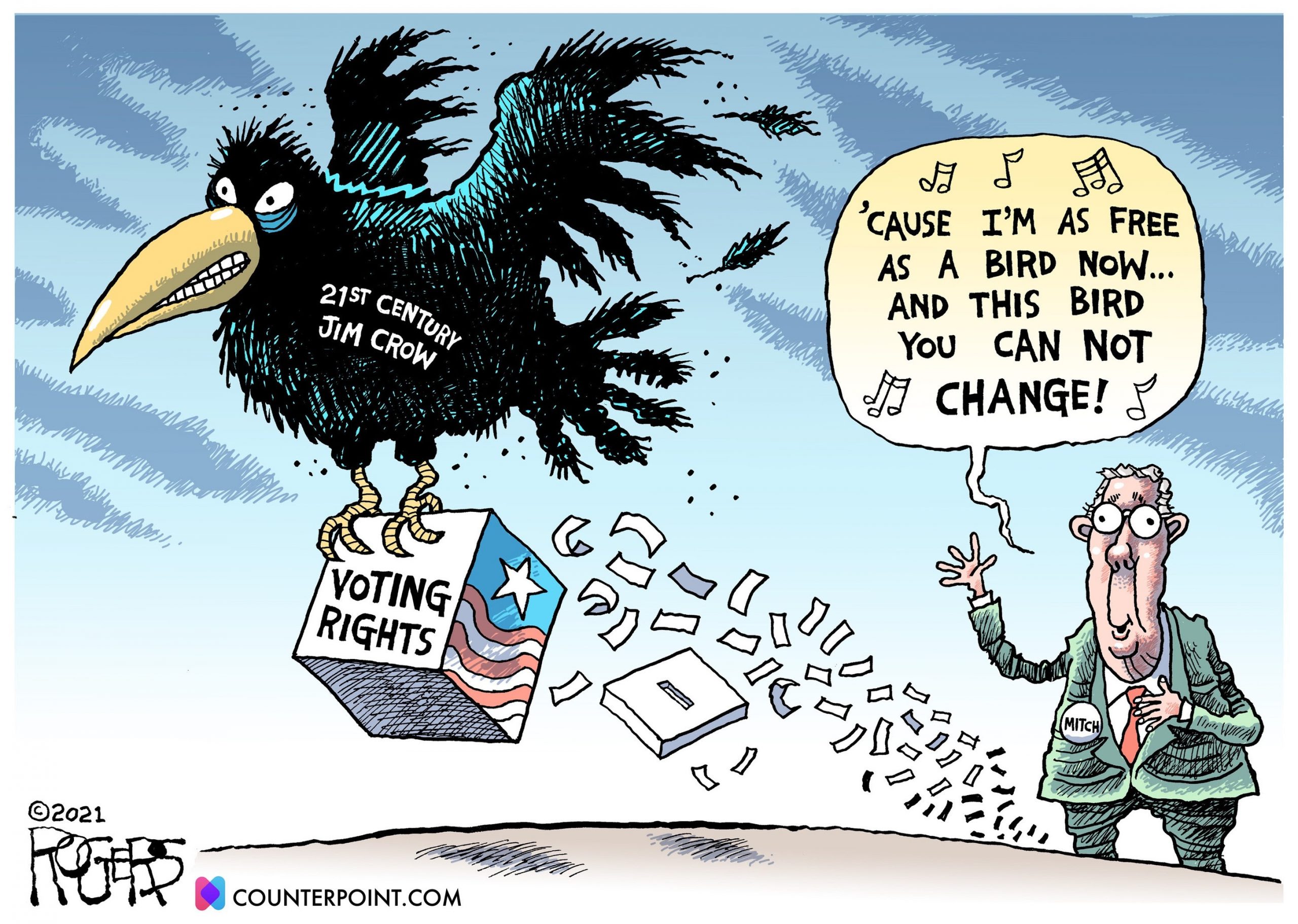 “In the midst of a Jim Crow-type assault on voting rights in over a dozen states, Mitch McConnell and the rest of the GOP Senate blocked Biden’s voting rights bill. After I settled on the image of a flying crow, I needed a caption for Mitch. Originally I had him saying, ‘If it ain’t broke, don’t fix it,’ but I wanted something funnier. I know I’m risking losing readers not familiar with the lyrics to Lynyrd Skynyrd’s ‘Free Bird’ but since the GOP wants a return to the politics of the Old South (Sweet Home Alabama), we’d might as well crank up some good old ’70s Southern Rock.” -RR

🔵 Cartoon by Rob Rogers for Counterpoint