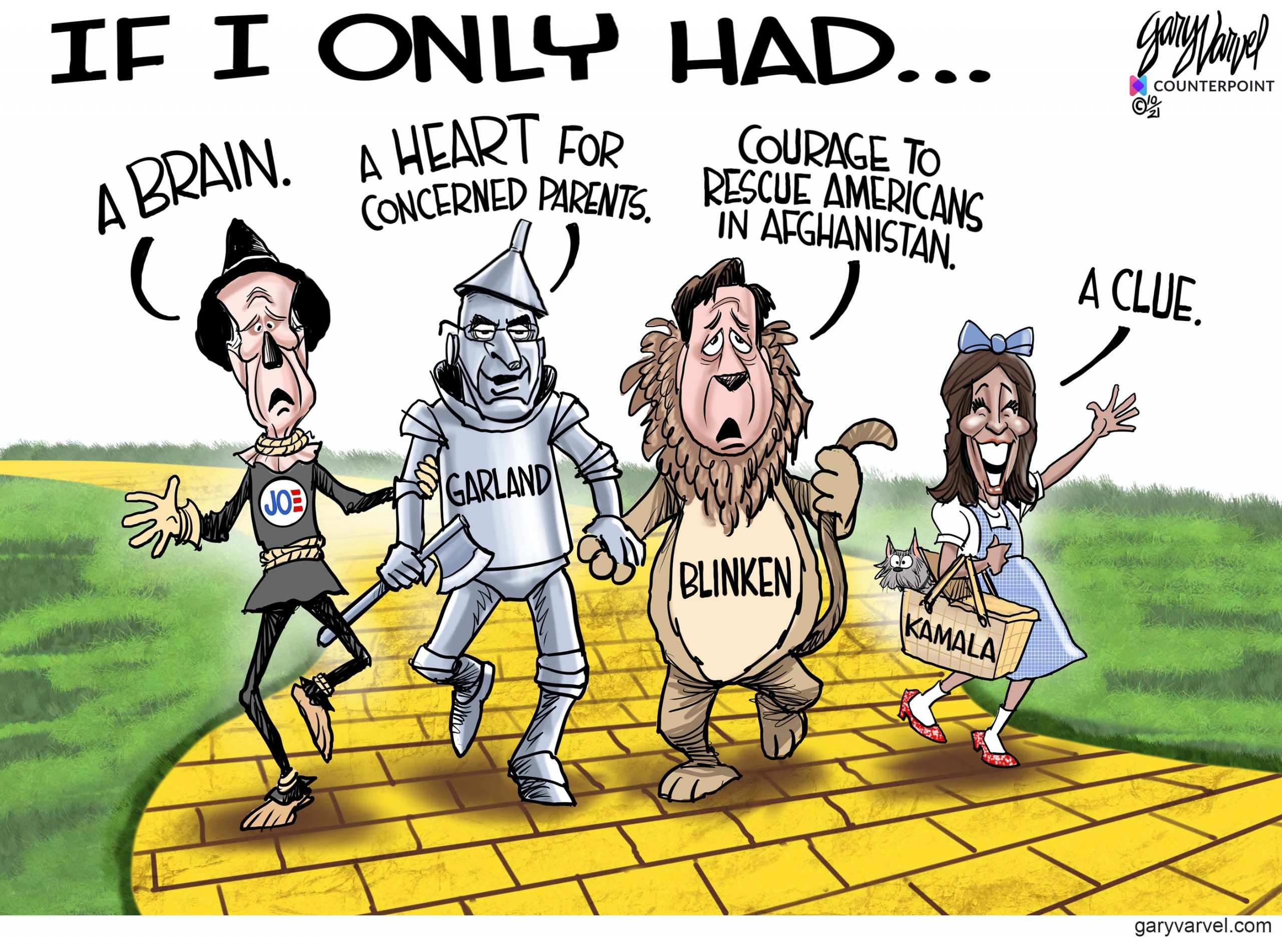 “What is wrong with the the Biden Administration? Like the cast of the Wizard of Oz, they seem to be missing intelligence, compassion, courage and common sense. President Biden’s latest CNN Town Hall train wreck was another performance filled with strange whispering answers, weird robotic poses with his hands clenched in front of him like he’s behind a podium, forgetting names and threatening first responders who don’t get vaccinated. Meanwhile, Attorney General Merrick Garland investigates concerned parents who speak out at school board meetings, Secretary of State Antony Blinken failed to bring all Americans home from Afghanistan and the Vice President’s odd cackling performances in front of cameras makes Americans think that this group has no clue what they’re doing.” -GV

Cartoon by Gary Varvel for Counterpoint