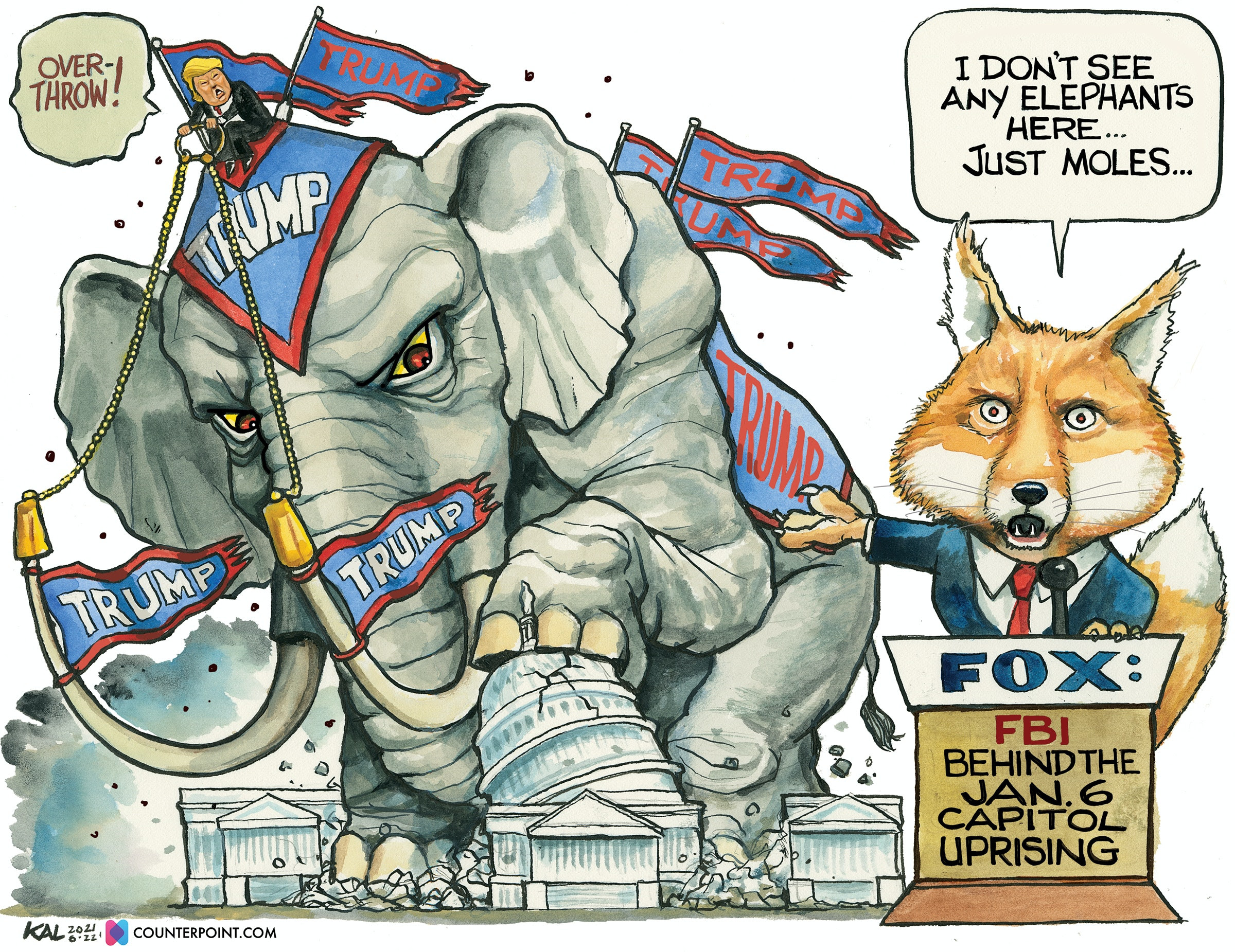 “When hundreds of Trump supporters attacked the U.S. Capitol on January 6th, Fox News was in a pickle. How could they spin the responsibility for this egregious assault away from their precious (and guilty) President? They tried but failed to blame Antifa and the Democrats. Then they tried to reframe the rioters as mere over-enthusiastic tourists. Fox opinion show host Tucker Carlson supplied their newest pathetic distraction when he dedicated airtime to the preposterous and baseless theory that undercover FBI agents helped to instigate the insurrection. What next? We’re waiting for Dr. Fauci, Elvis, Sasquatch and Dennis Rodman to become future Fox faux fall guys.” -KAL