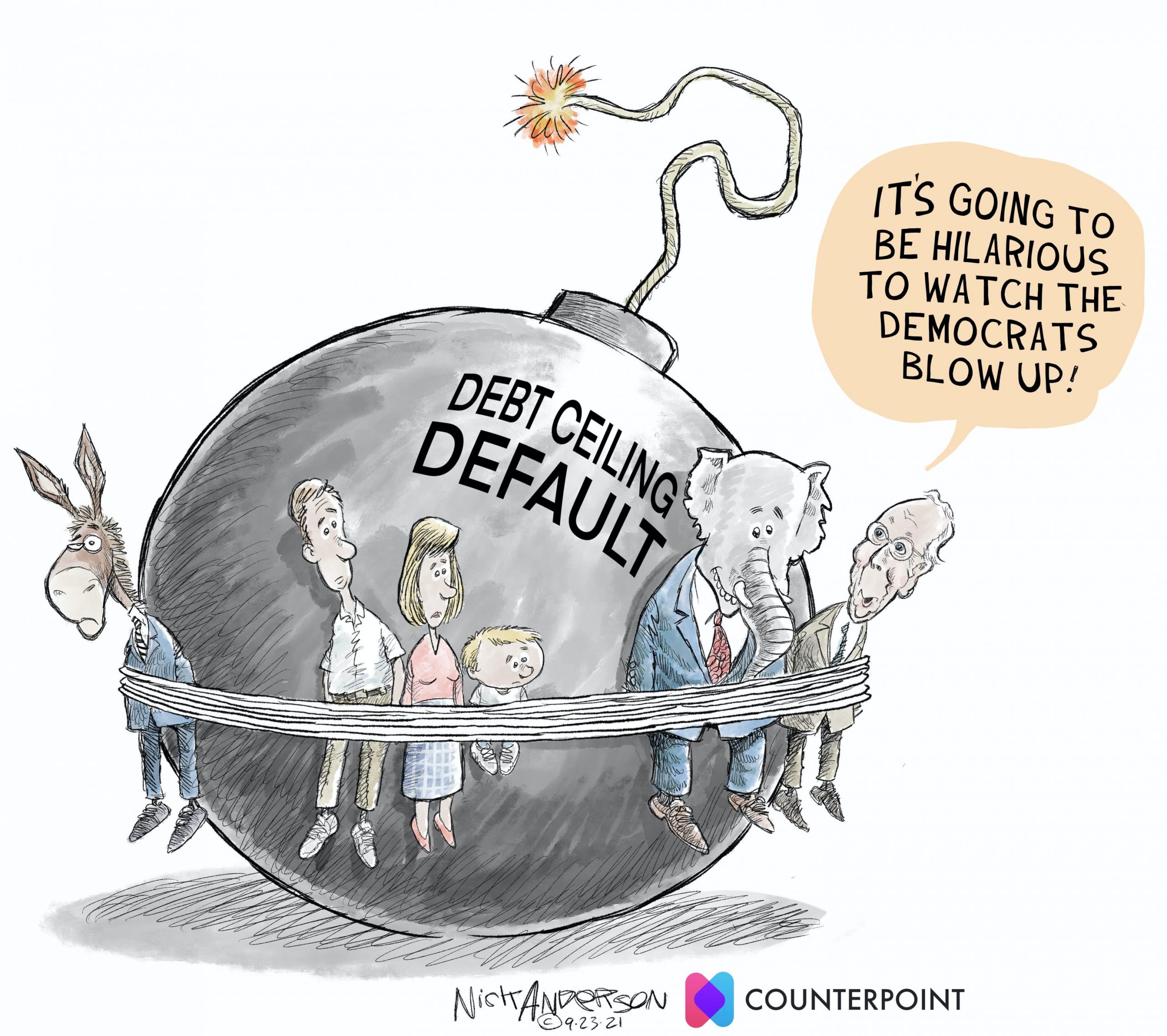 “Since 1960, Congress has acted 78 separate times to permanently raise, temporarily extend, or revise the definition of the debt limit — 49 times under Republican presidents and 29 times under Democratic presidents. Donald Trump added $7.8 trillion during his term while his Republican enablers, like Mitch McConnell, cheered him on. But Republicans always shape-shift into deficit hawks whenever there is a Democrat in the White House, so they are willing to irresponsibly hold the U.S. economy hostage in order to score cheap political points.” -NA

Cartoon by Nick Anderson for Counterpoint