Crimea a River – Part One 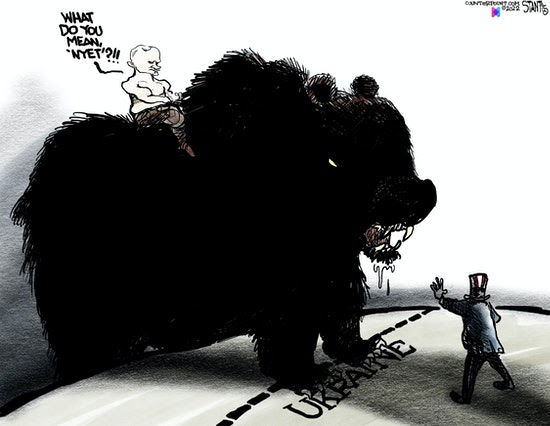 “Where Ted Rall is so very, very wrong is that the history of Russia over the past century has been that of a constant land grab: first under Stalin and his successors to today’s version in Vladimir Putin, who has succeed in stealing land from Armenia, Georgia and, most recently, Crimea. The last was taken out from under Ukraine. So excuse us for knowing that the hunger of authoritarian thugs can never be slaked and they will never stop unless someone stands in front of them and declares ‘No more!’” -SS

Cartoon by Scott Stantis for Counterpoint