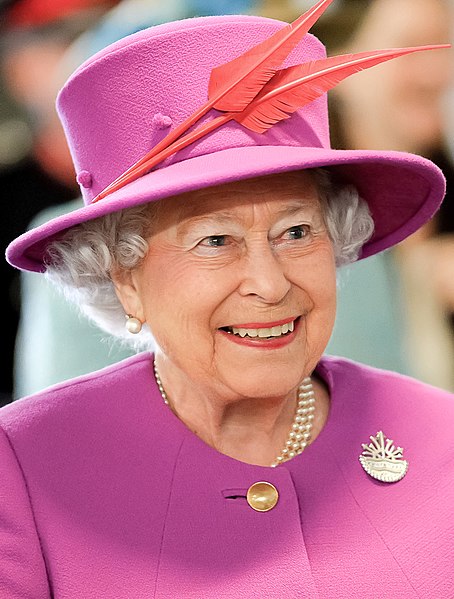 The tip-off for me was, when I went to the BBC.com streaming site and saw that the presenter was wearing a black tie with his black suit.

The official announcement was delayed until her children and grandchildren had made the trip up to Balmoral, but I knew. After 70 years, she had moved on. Prince Charles would be King Charles III.

Someone at the NY Post thinks as I do. They ran a piece on the history of British Kings named “Charles” that included this:

King Charles I led the country into a civil war — and remains the only English monarch to be executed.

His son, King Charles II, spent years in exile after his father’s beheading.

Leading MAGA supporters to say, “You can do that?”

The Parliament.uk site reminds us that

“The period from March 1629 to April 1640 later became known as the Personal Rule because Charles I did not summon Parliament during this time.”

Leading MAGA supporters to say, “You can do that?”

Elizabeth II and now Charles III can trace their Royal lineage back about 1,000 years.

But longevity – especially in the age of social media – is no guarantee of permanence.

Elizabeth was a Princess during World War II which, in and of itself, came very close to resulting in the end of England both as a country and as a spoken language in Europe.

Her ascension to the throne at the age of 25 in an age when women didn’t have the standing to oversee not just a country the size of England but, as one historical source put it, “Over her entire reign, she was head of state of 32 countries in total.”

It is ironic that in a 48 hour span, England traded a male monarch for a female Prime Minister, Liz Truss.

There is an old saying that Ginger Rogers did everything Fred Astaire did, but backwards and in high heels.

Elizabeth II did everything every British male monarch did, but bore and raised four children while doing it.

Queen Victoria who was not known for dancing at all, nonetheless had nine children and sat on the throne for 63 years, the record until her great-granddaughter’s 70 year reign.

King Charles III may not have to dance backwards, either, but he’s got some pretty big shoes to fill.

About a dozen years ago the Mullings Director of Standards & Practices and I took Reed and his wife on a trip to London over Christmas.

On Christmas Day there was a formal luncheon at our hotel which stopped abruptly when it was time for the “Queen’s Christmas Speech.” Everyone trooped into a lounge where TVs had been set up for the event.

It was only about five or six minutes – not the hour-long harangues we have grown used to by our American leaders. It was not a State of the Commonwealth speech, it was (as I remember it) a video Christmas card to the British people.

When it was over, we all reclaimed our tables and had dessert.

My sense is, every Christmas dinner in every house in the land was halted to watch the Queen’s Christmas Speech.

And, for those few minutes, on that Christmas afternoon, in that hotel lounge, Elizabeth Alexandra Mary Windsor was my Queen, too.