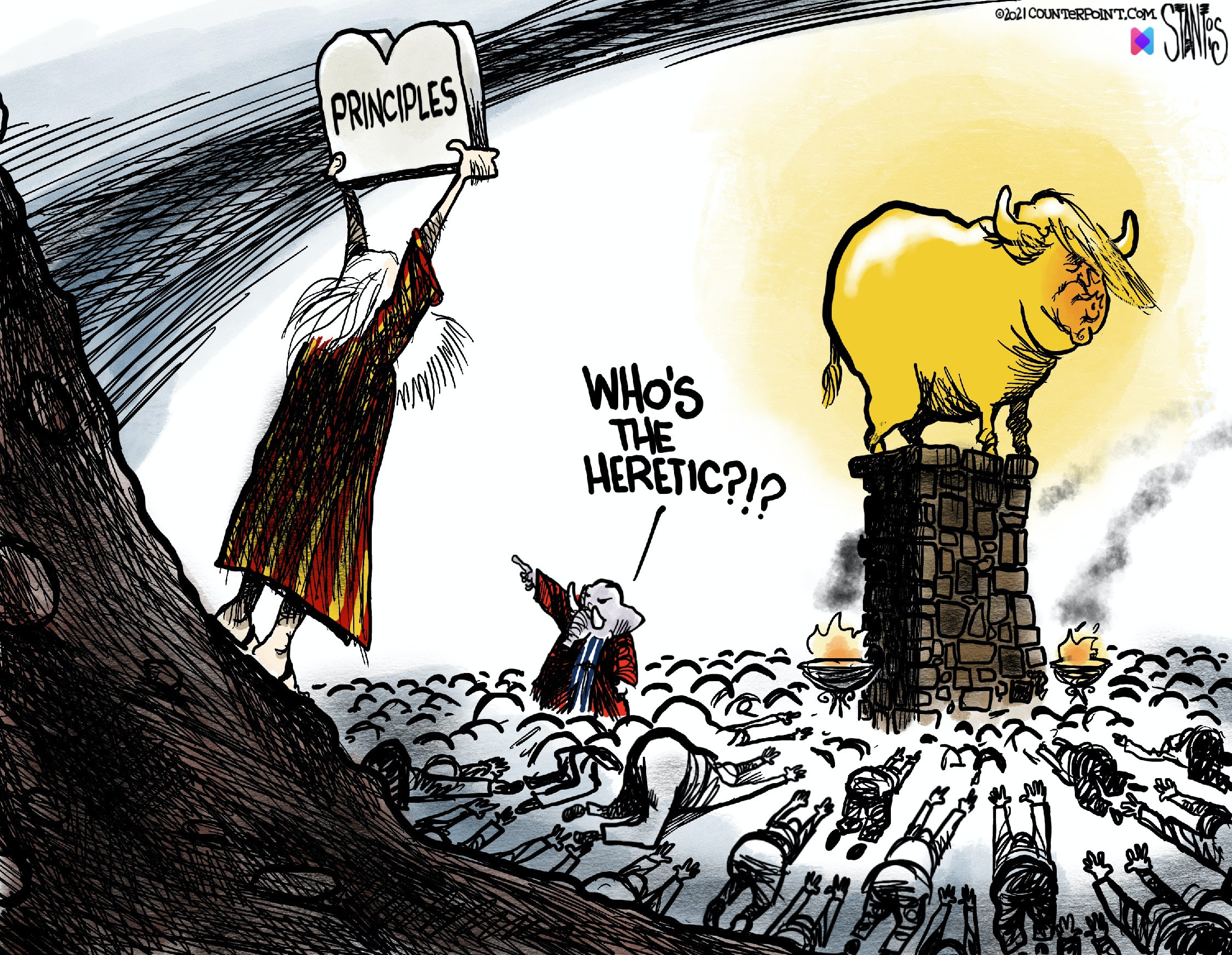 “I am a lifelong Republican. At age 13 I worked on the Nixon re-election campaign. Which led my name to be added to the strictly-adhered to “Do NOT date” list. (But that’s a discussion for another time.) I also worked on numerous other GOP campaigns. My point is, I have serious Republican street cred. So believe me when I tell you, what the Republican Party has devolved into, is — simply put — a cult. The party of principles is now the party of Trump. Where no dissent is allowed and the questioning of nonsense is met with cries of “treason”. I mourn…” – SS

🔴 Cartoon by Scott Stantis for Counterpoint