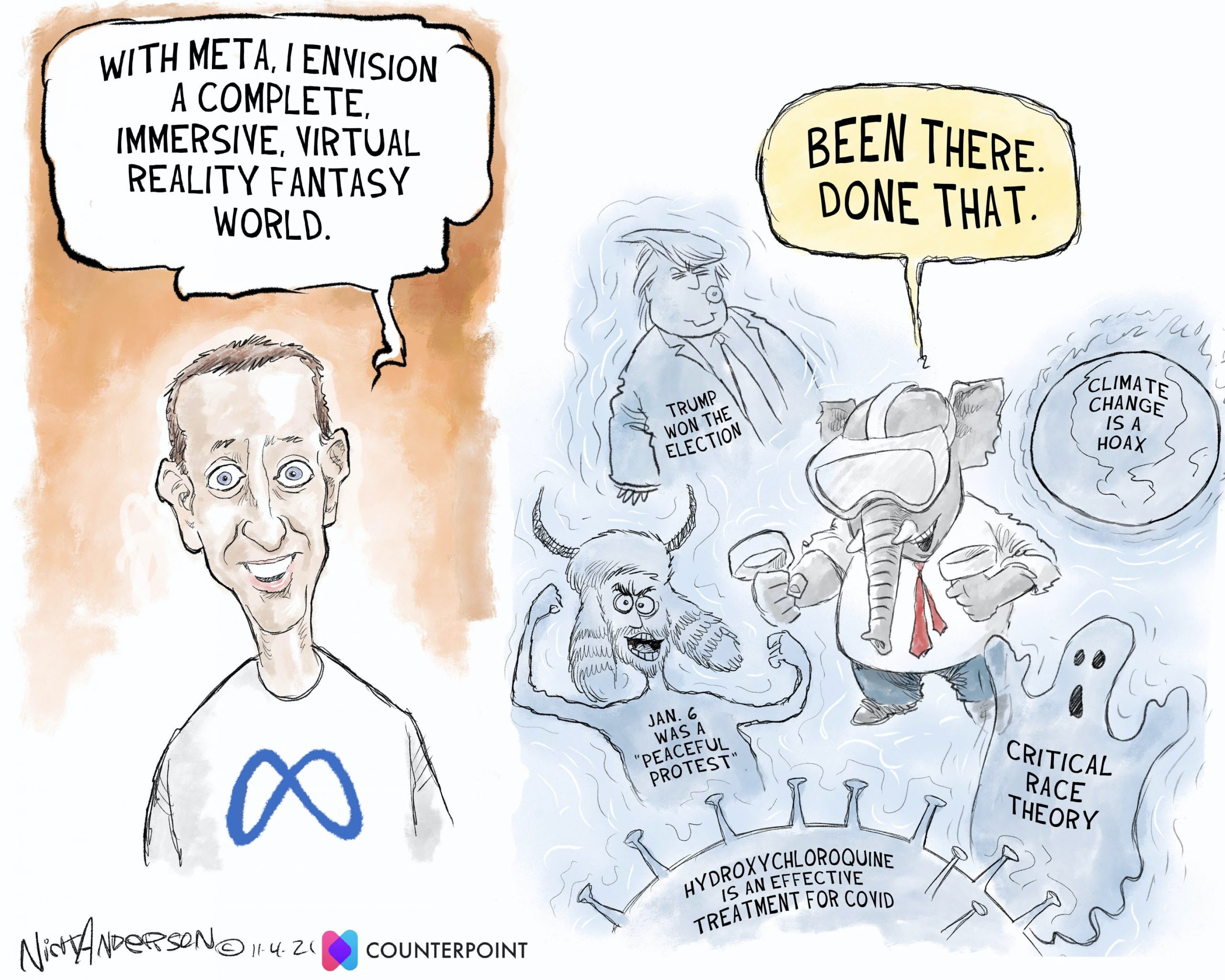 “Mark Zuckerberg has nothing on the GOP. The CEO of Meta (formerly Facebook) is promising to create a new ‘metaverse future’ in which virtual reality and augmented reality become ubiquitous. But he’s already helped build one in the present that threatens to destroy our democracy by enabling the distribution of misinformation and hate speech. He is assisted by willing coconspirators in Fox News, Newsmax and One America News to feed and amplify the misinformation, and a Republican base that eagerly cooperates by sealing themselves in the virtual-reality echo chamber.” -NA

Cartoon by Nick Anderson for Counterpoint