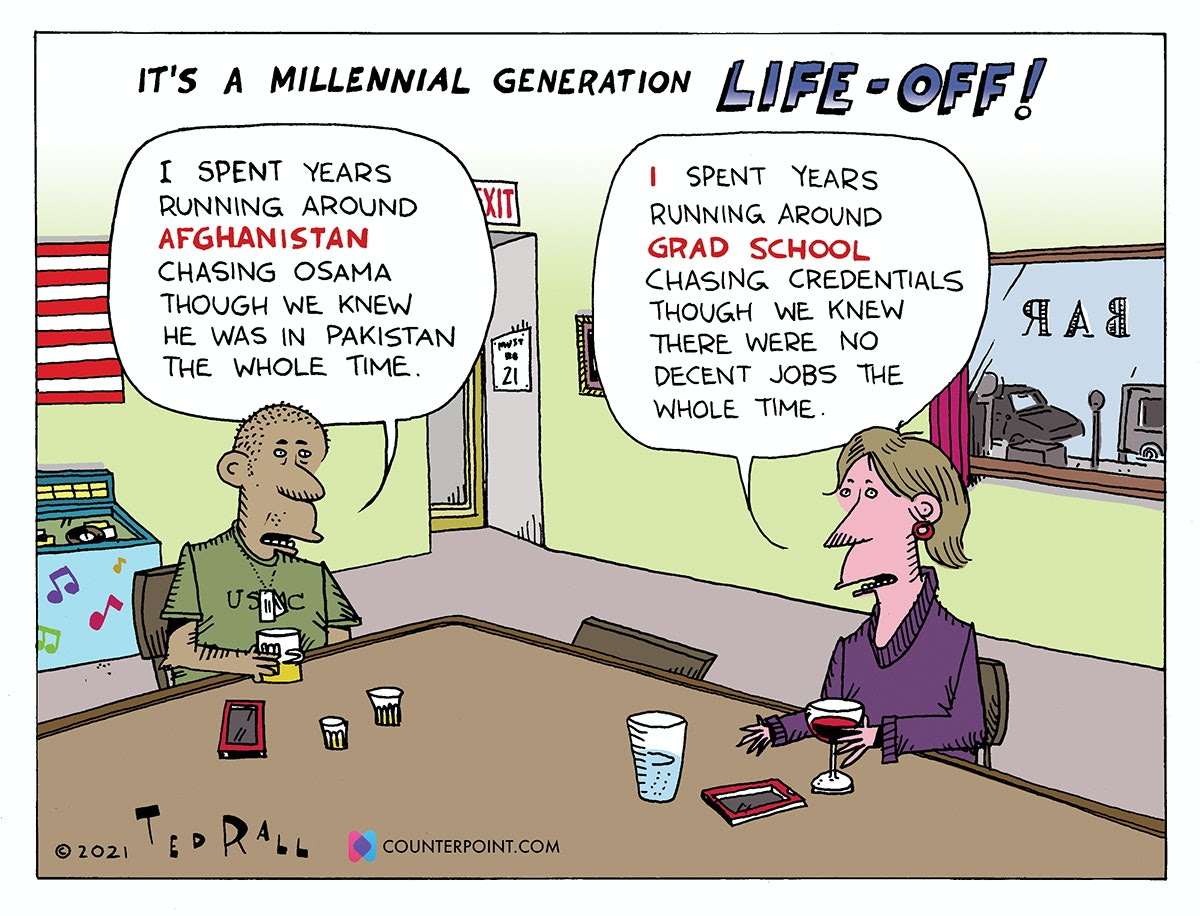 “Trillions of dollars have been spent. Thousands of American soldiers have been killed. Yet the United States is right back where it started in Afghanistan 20 years ago, with the Taliban advancing so rapidly that military experts believe they will soon control the entire country again. Some veterans are asking aloud, was the war worth the cost? Clearly not. The war was a mistake from day one. After all, Osama bin Laden was in Pakistan the entire time, not Afghanistan. And the 9/11 plot was hatched in Pakistan and probably funded by Saudi Arabia. We never should have been there.” -TR

🔴 Cartoon by Ted Rall for Counterpoint